solebox’s latest release with adidas Consortium should only be served fresh, as both brands dive to great depths to surface the »Scallop« TRDC. Take a closer look at our upcoming collaborative model down below. 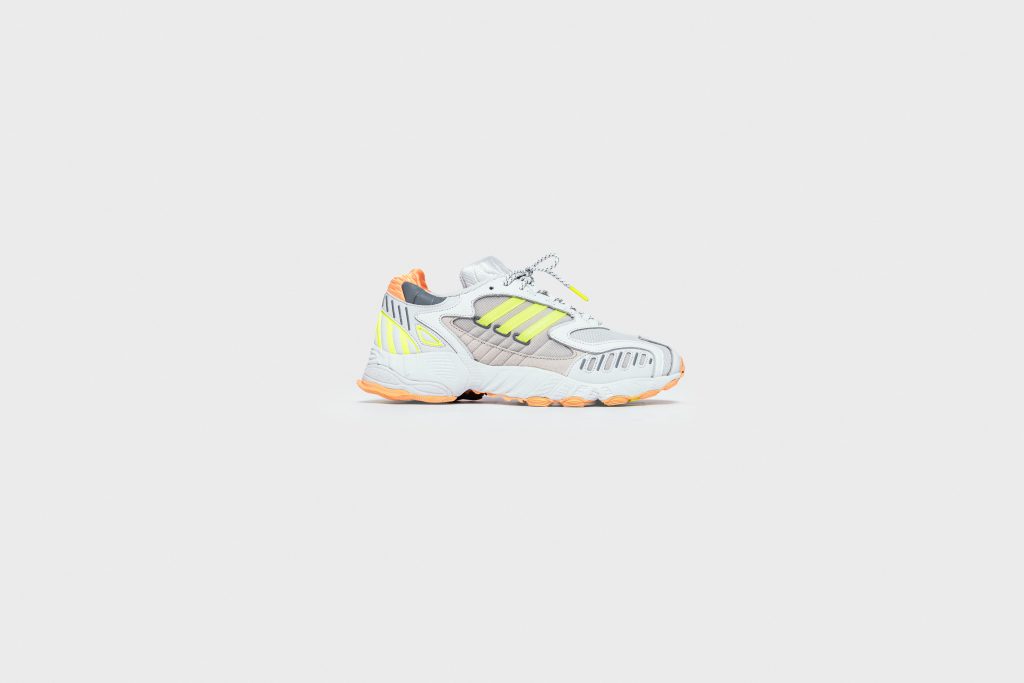 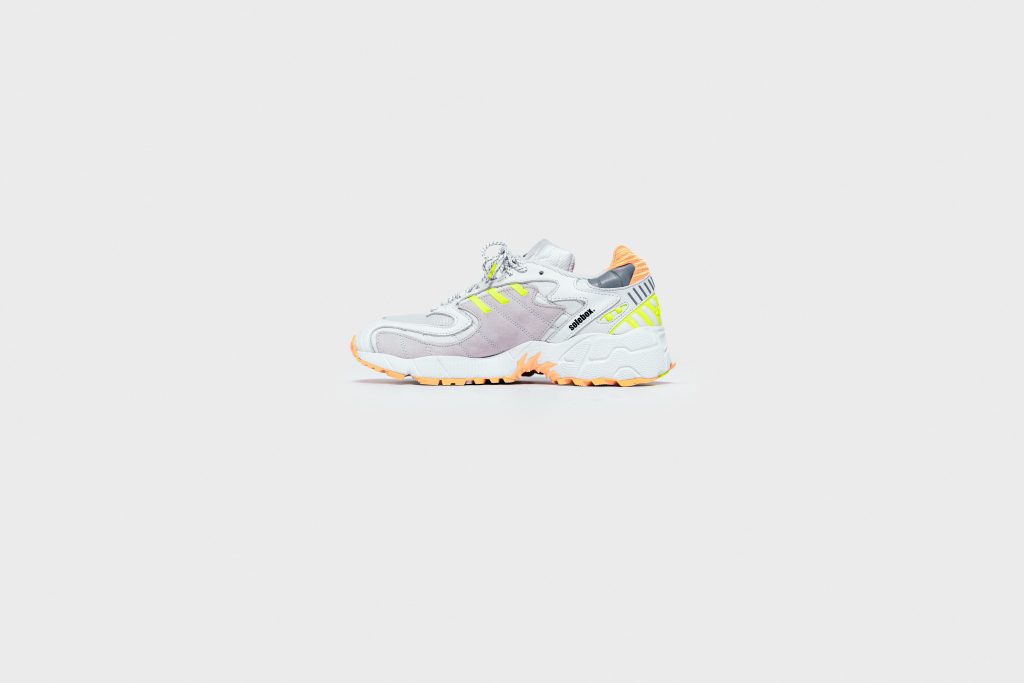 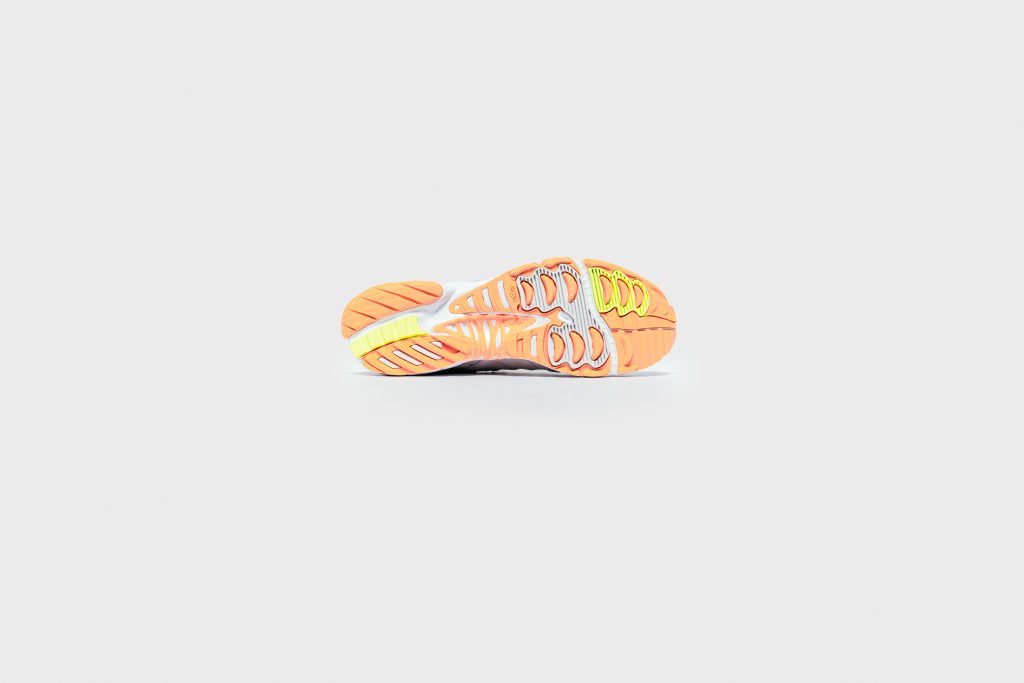 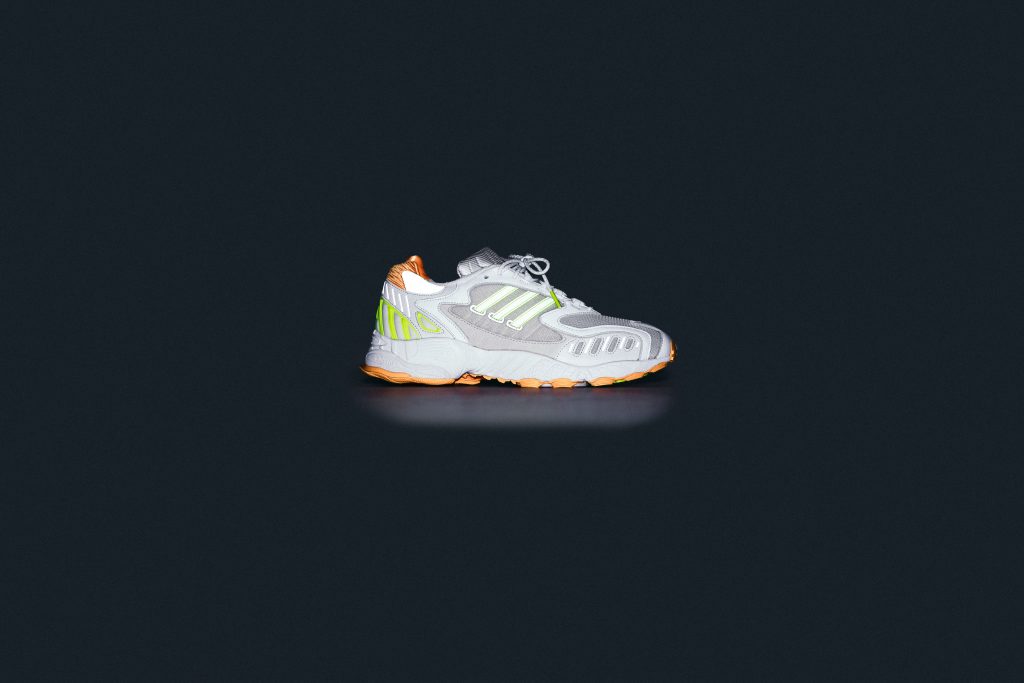 The solebox x adidas »Scallop« TRDC is comprised by mouth-watering references. The tender upper is rendered in an ocean-fresh combination of grey suede and mesh. A spritz of citrus adds tang to the heel and three stripes. 3M hits evoke the often-shimmery, pearlescent inner shell, while the outsole and collar feature in an apricot hue, reminiscent of the scallop’s protective shell. Lastly, adidas and solebox logos share placement on each tongue.

The adidas TRDC is an update of the relatively obscure Trediac silhouette, which was designed as a winter trail runner, and released in the late 1990s.

It features the unmistakable DNA of a high-tech trail runner, boasting specialized tech like an Adiprene cushioning unit and a Traxion rubber outsole. Perhaps the TRDC’s singular most definitive technological feature is its Torsion mid-foot support, locking in the rugged engineering of the shoe. Torsion first emerged with the four-digit ZX series in the late 1980s. By connecting the heel and forefoot with a TPU arch, Torsion provides support through the length of the silhouette. 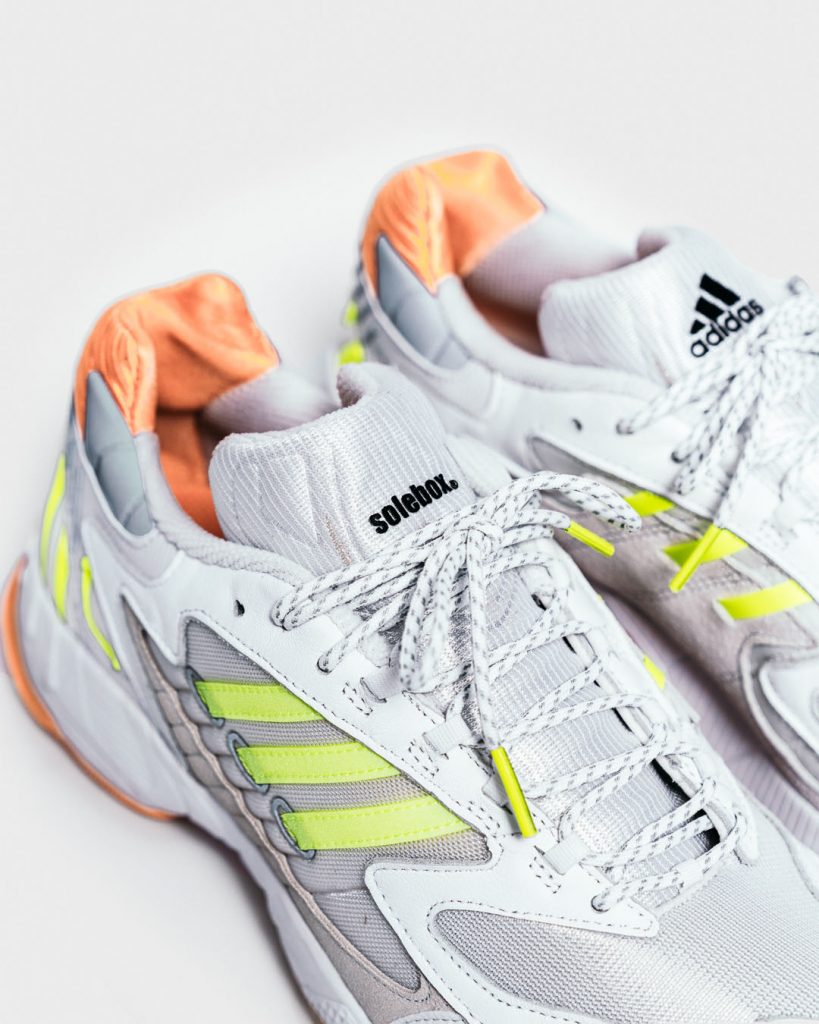 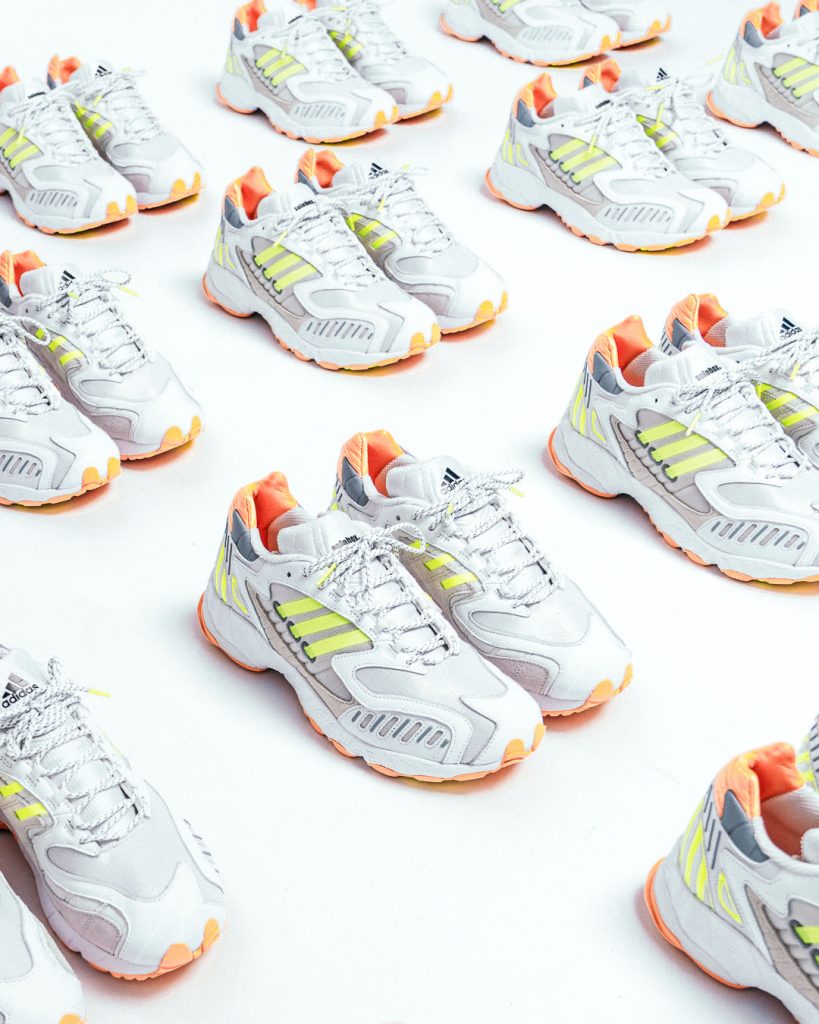 The adidas x solebox TRDC »Scallop« will be available from July 4th online via solebox.com and instore at all solebox locations from US 5 – 12.5 for 140€.