We are proud to define the next chapter of the ongoing adidas Consortium Sneaker Exchange in mutual cooperation with New Jersey retailer Packer Shoes. The collab is centered around the adidas Ultra Boost Mid and the adidas Energy Boost and both pairs share the same aqua color tone. The general visual inspiration constitutes the Silfra Rift, a point with a rich array of blue tones on the Mid-Atlantic Ridge, where the North American and Eurasian tectonic plates meet, symbolizing the conjuction of the shops. 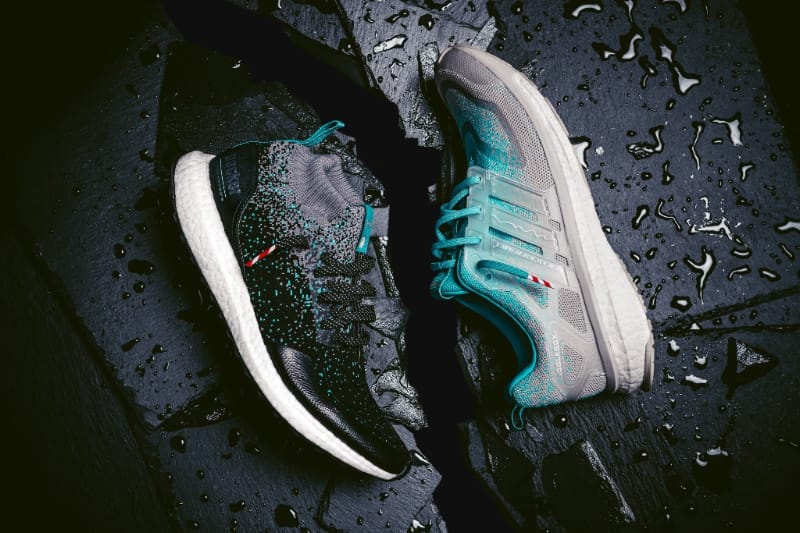 The adidas Ultra Boost Mid features a black primeknit upper with grey and blue accents and a grey sock-like collar capturing the essence of the deeper waters. The Energy Boost is lighter and the translucent overlay adds to the model’s striking, aquatic gradient and further includes a translucent support cage also sketching the rifts‘ outlines. The primeknit upper on both models echoes air bubbles rising to the water’s surface. Both pairs are finished off with a white boost midsole assuring high comfort.

Putting one model on top of the other, you clearly recognize the gradient of the ocean, ranging from the Ultra Boosts Mid deep black depth of the ocean until the Engery Boosts lighter surface. Looking closer you further spot a variety of key details in the design as for instance the red lace-tips resembling buoyages or both the shops coordinates making the whole picture of this liaison complete. To accurately commemorate the collaboration, Packer and solebox branding have been added on the tongue tabs, heel counters, and the insoles, while the latter shows both logos with swapped typefaces. 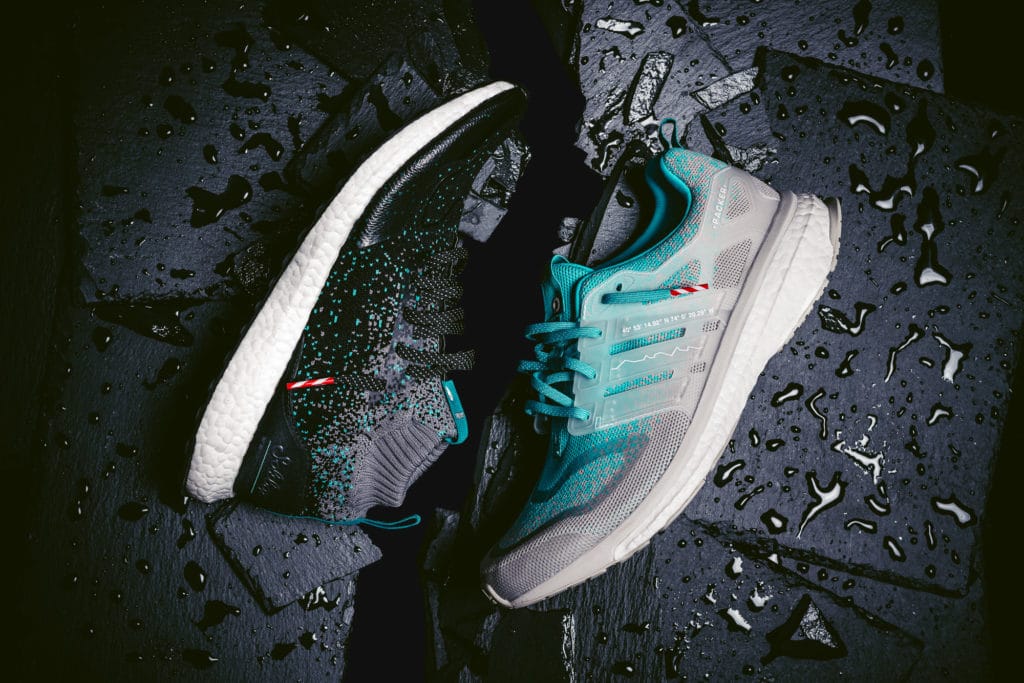 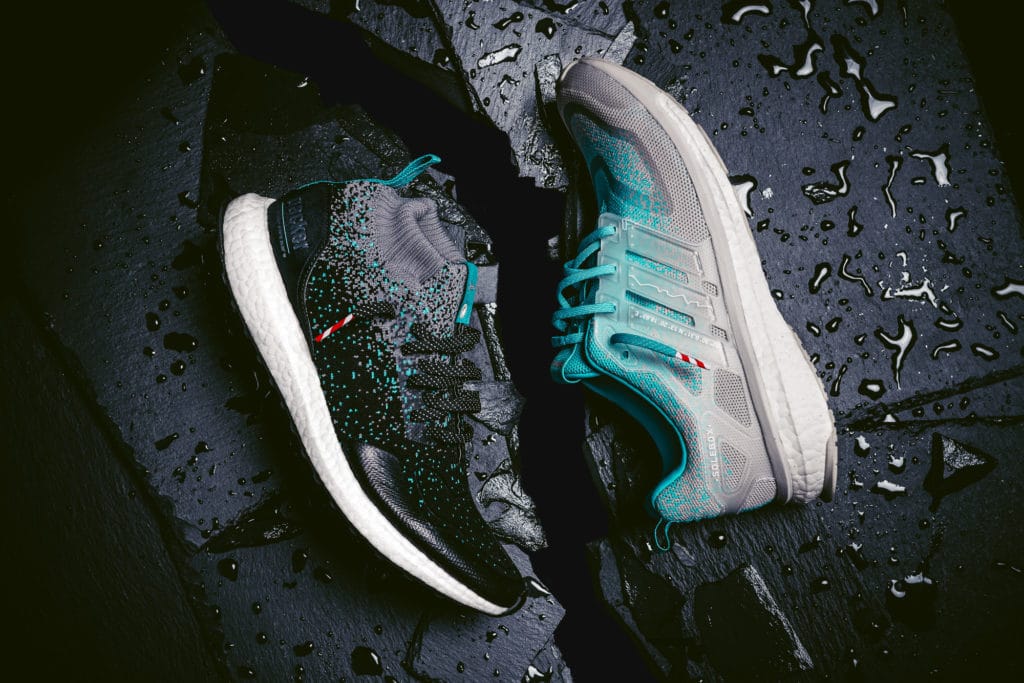 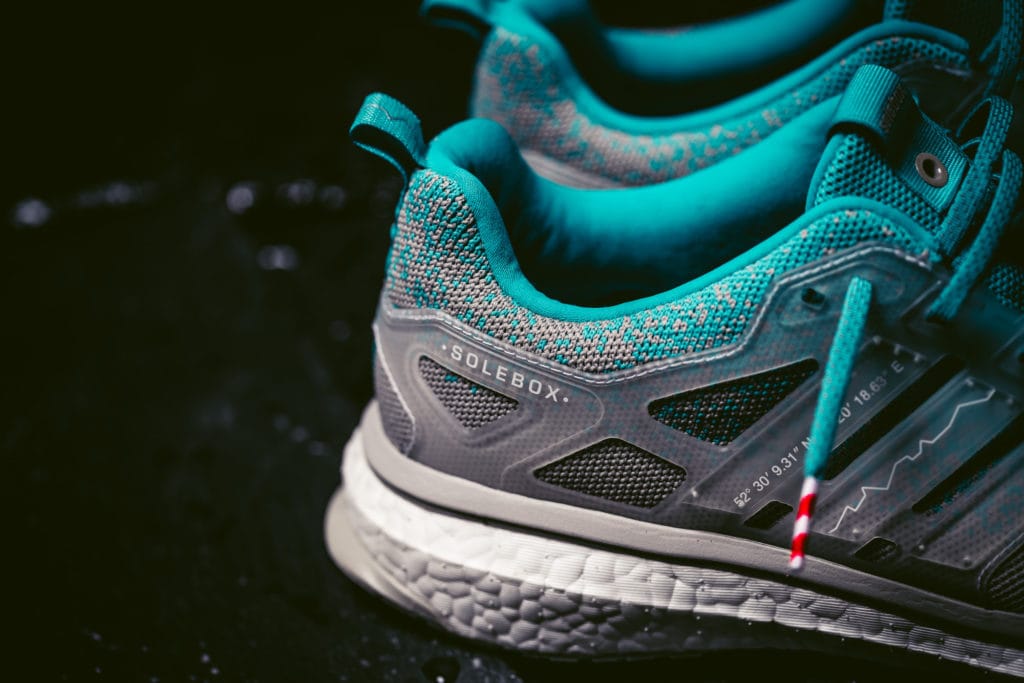 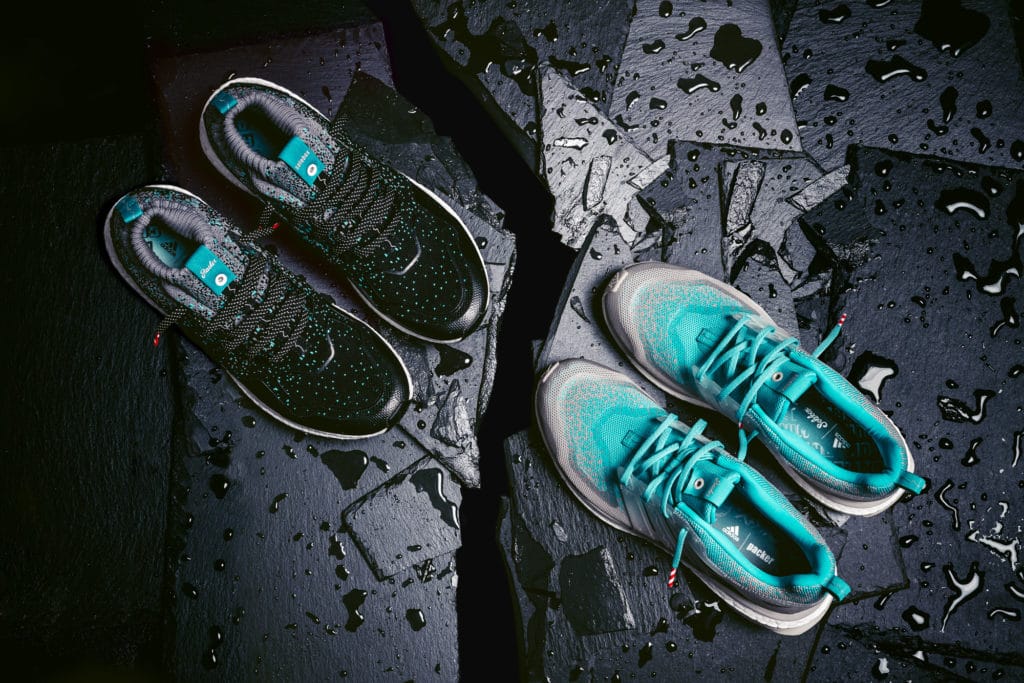 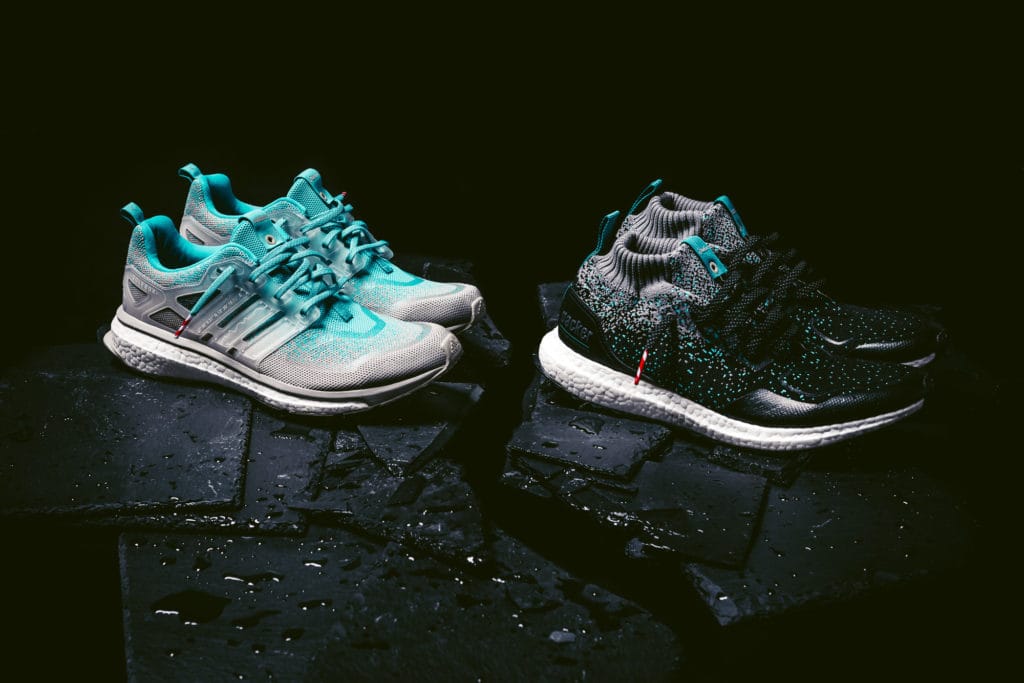 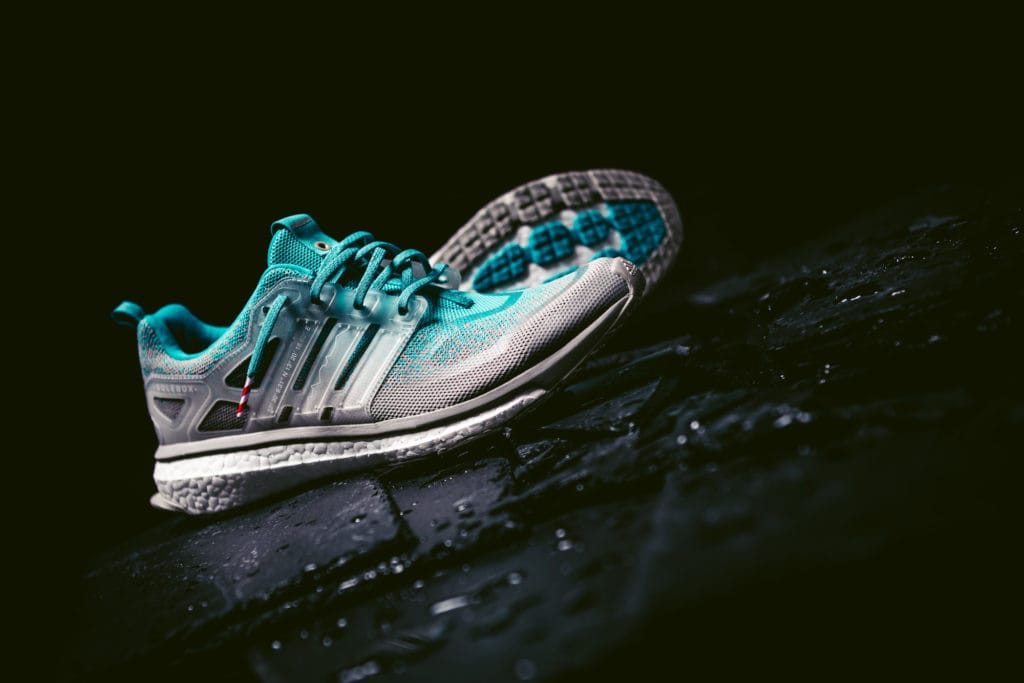 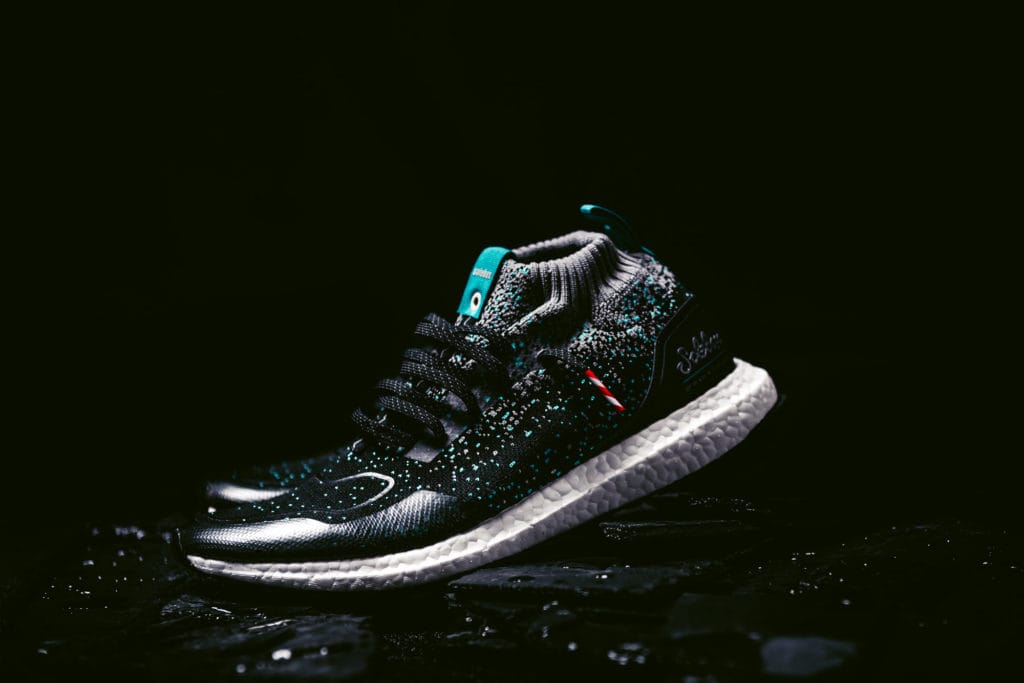 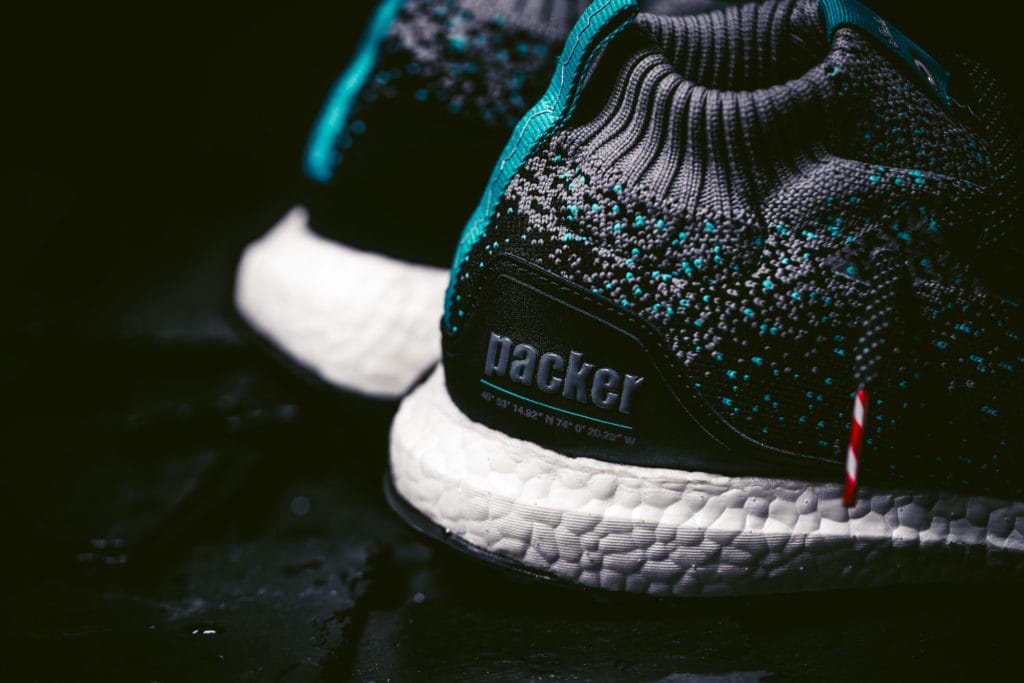 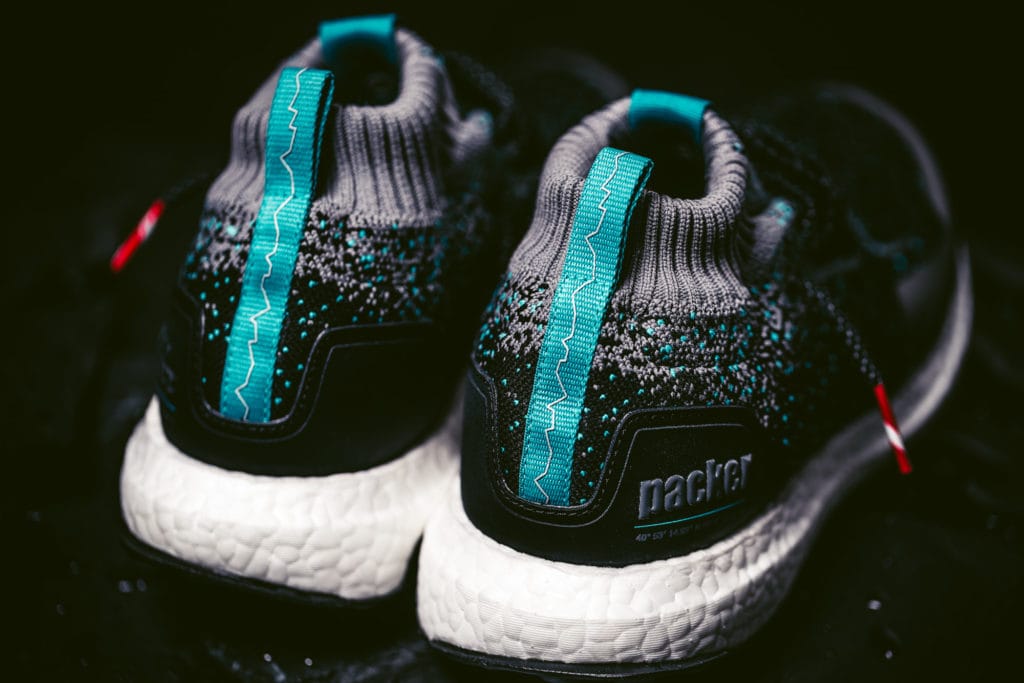 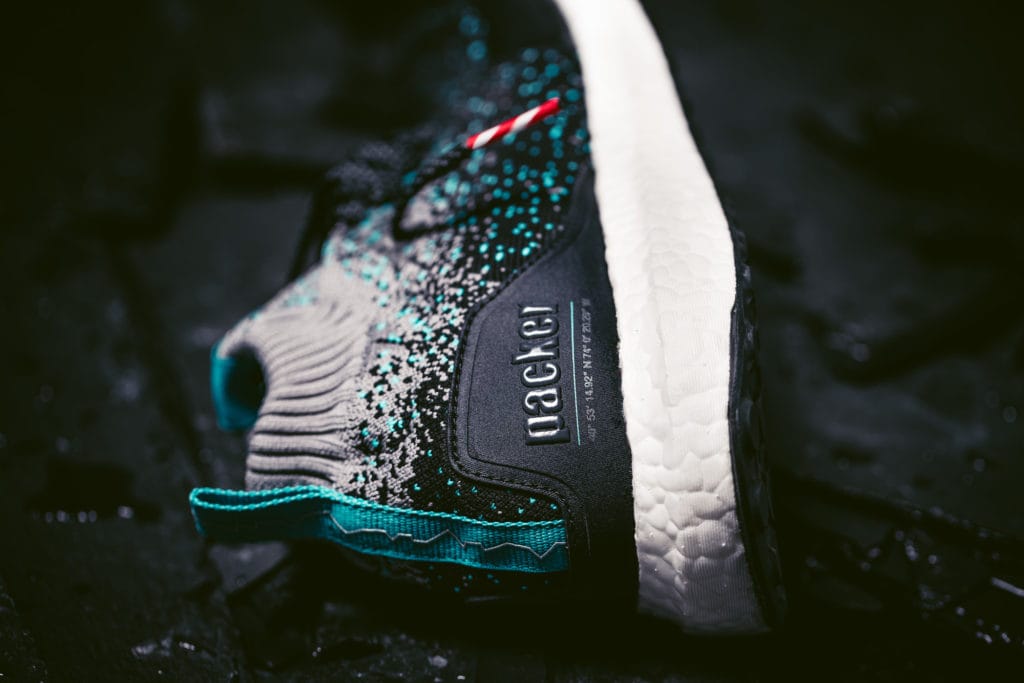 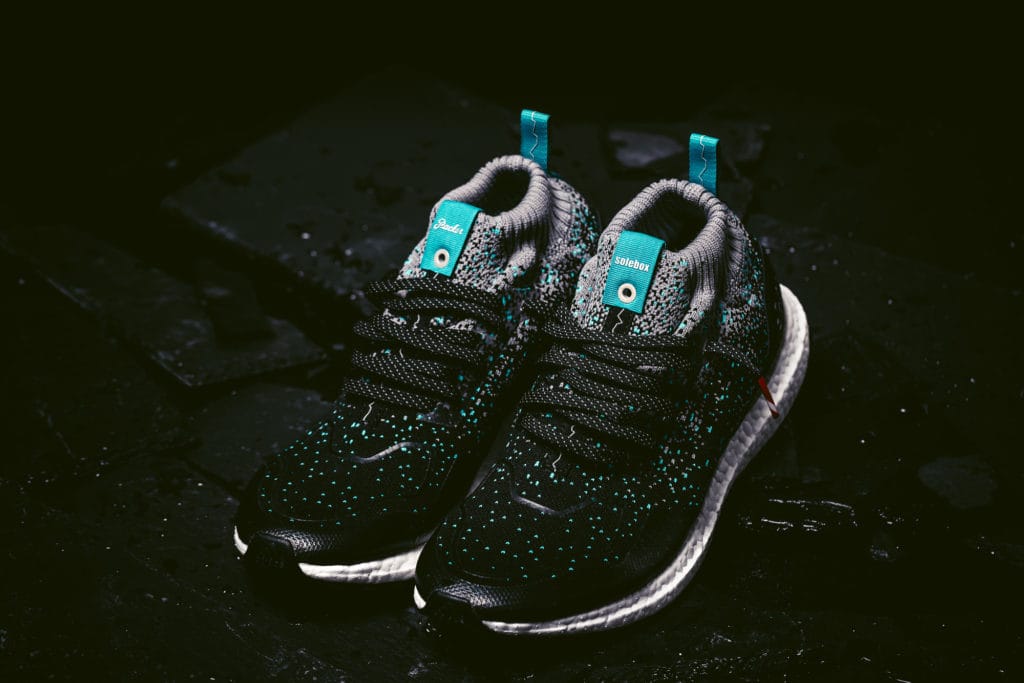 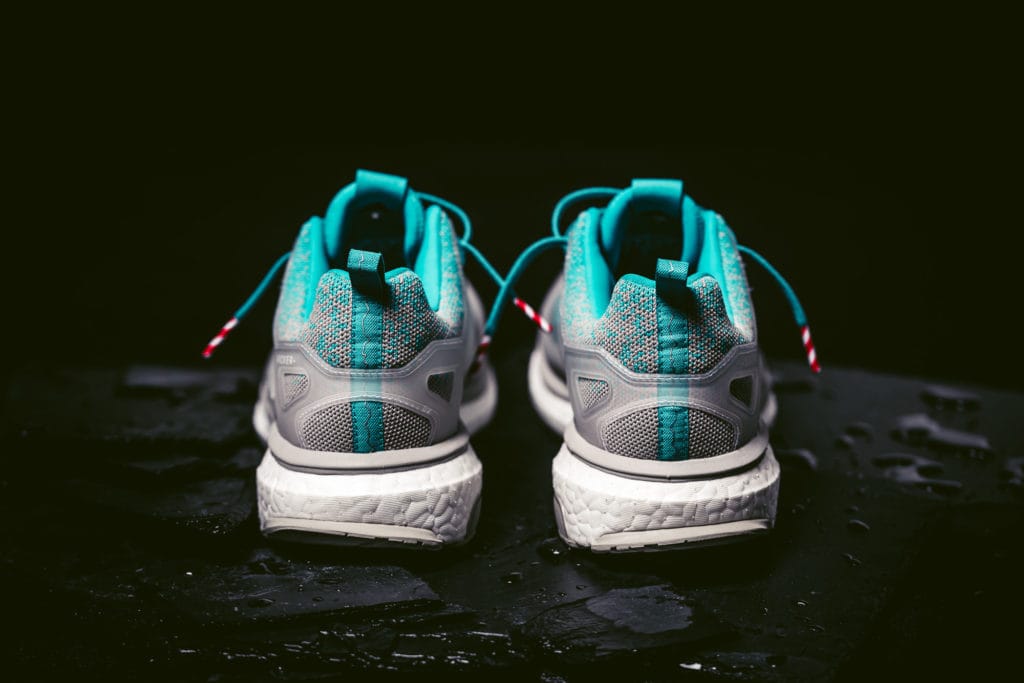 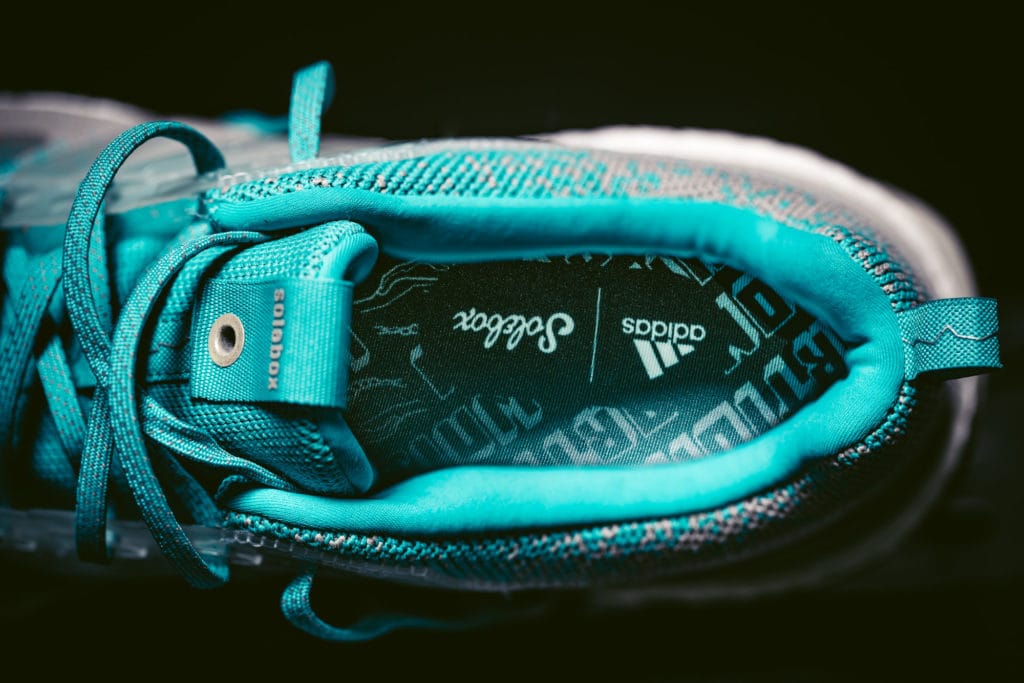