Vault by Vans reunites with California based artist Julian Klincewicz

Vault by Vans reunites with California based multidisciplinary artist Julian Klincewicz, for a head-to-toe spring/summer collection. The collection take’s inspiration from his childhood summers – spent in Union Pier, Michigan, among family & friends. The Vault by Vans x Julian Klincewcwiz “Pale Fire Sky” collection will be available beginning May 7. 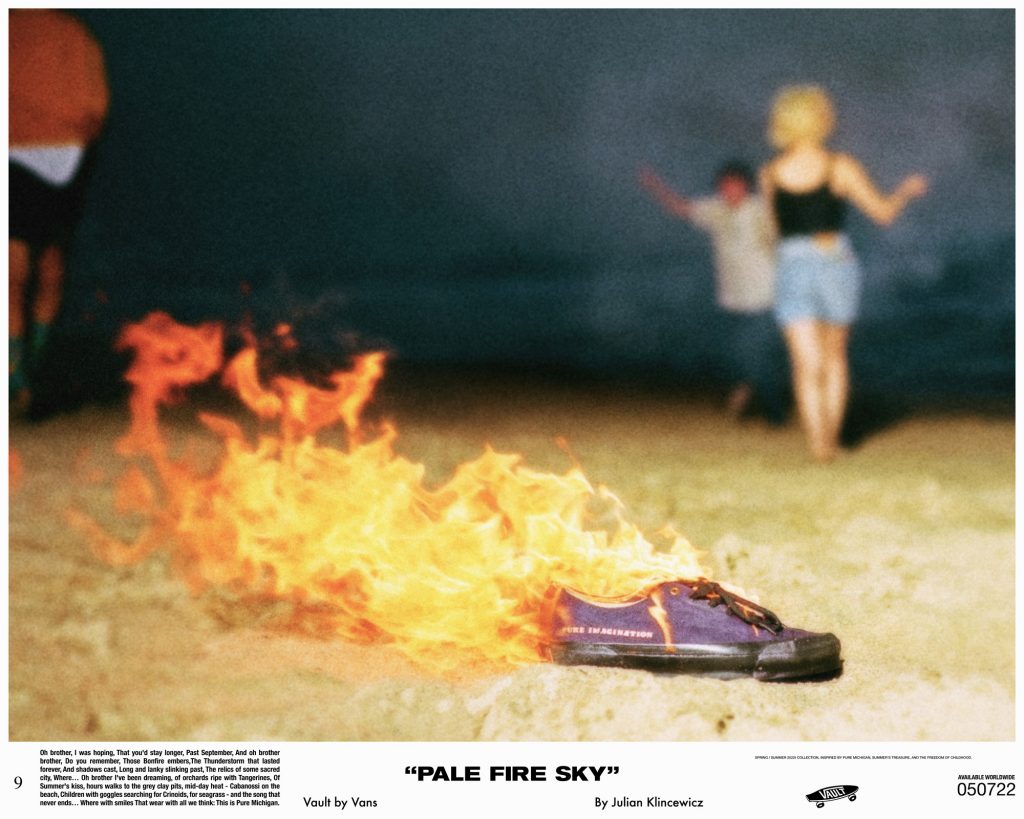 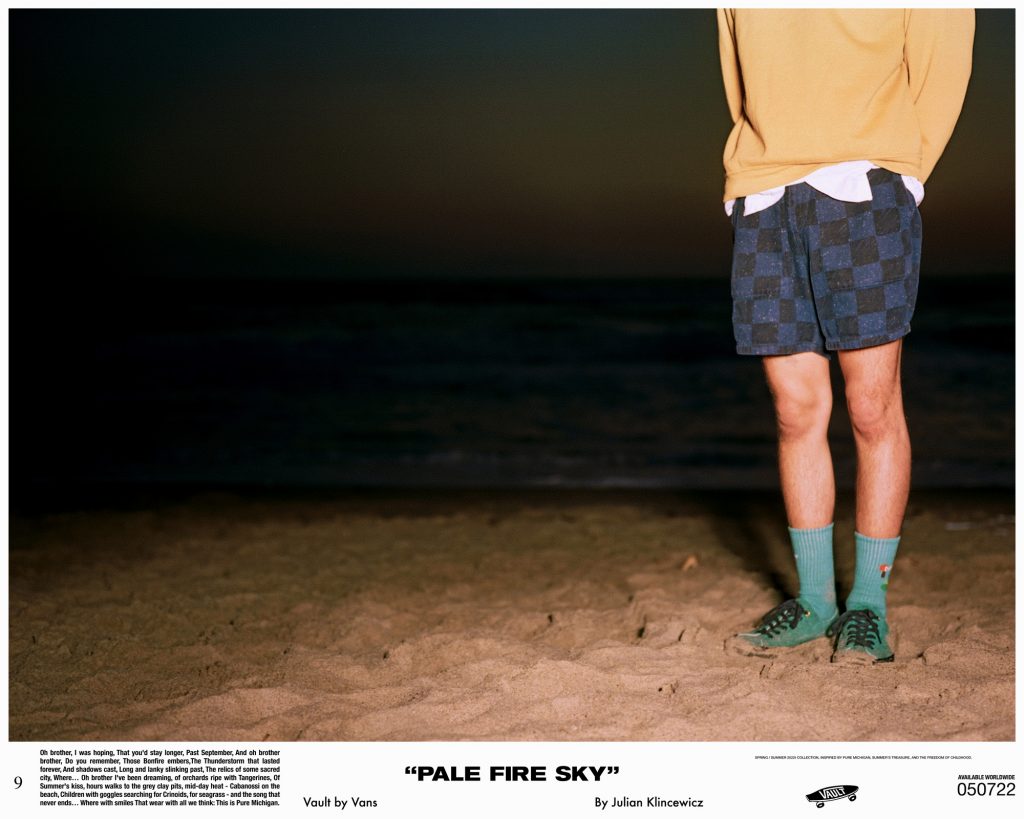 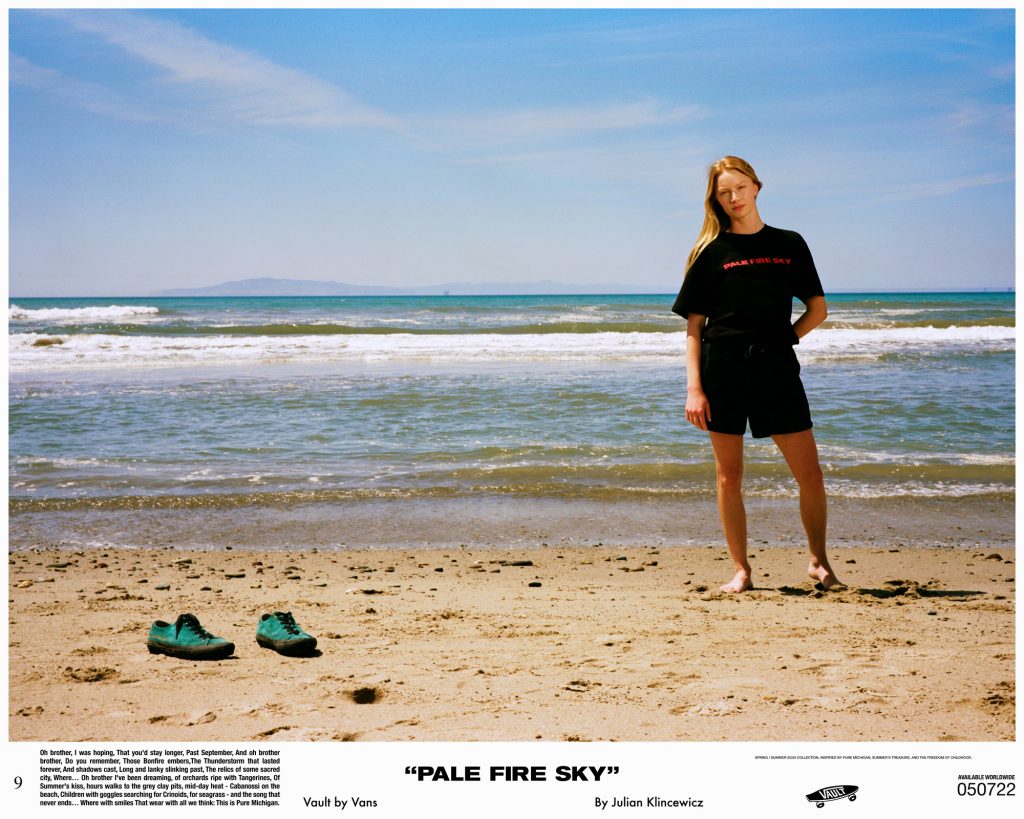 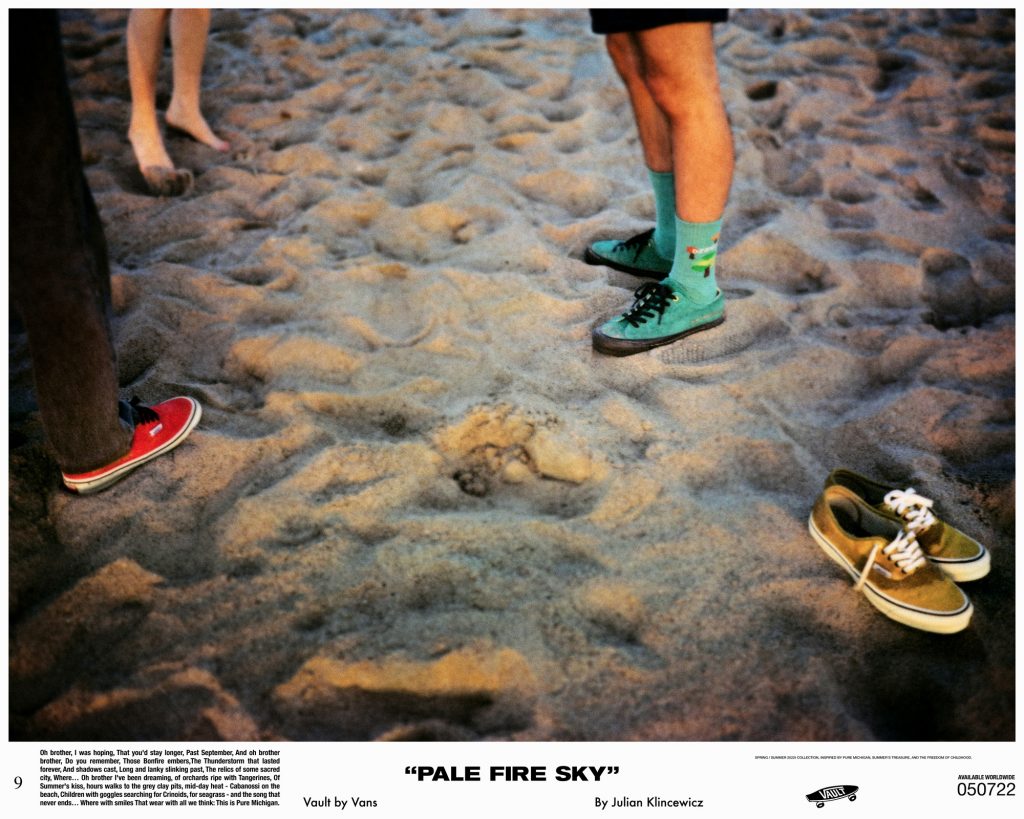 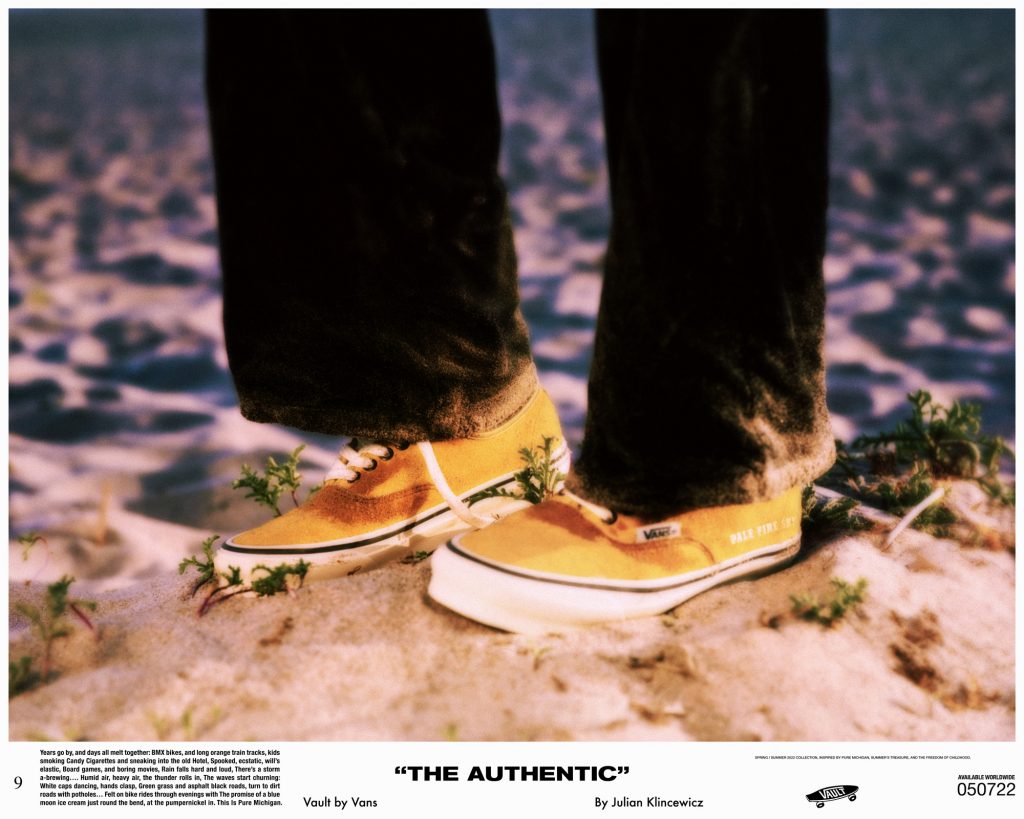 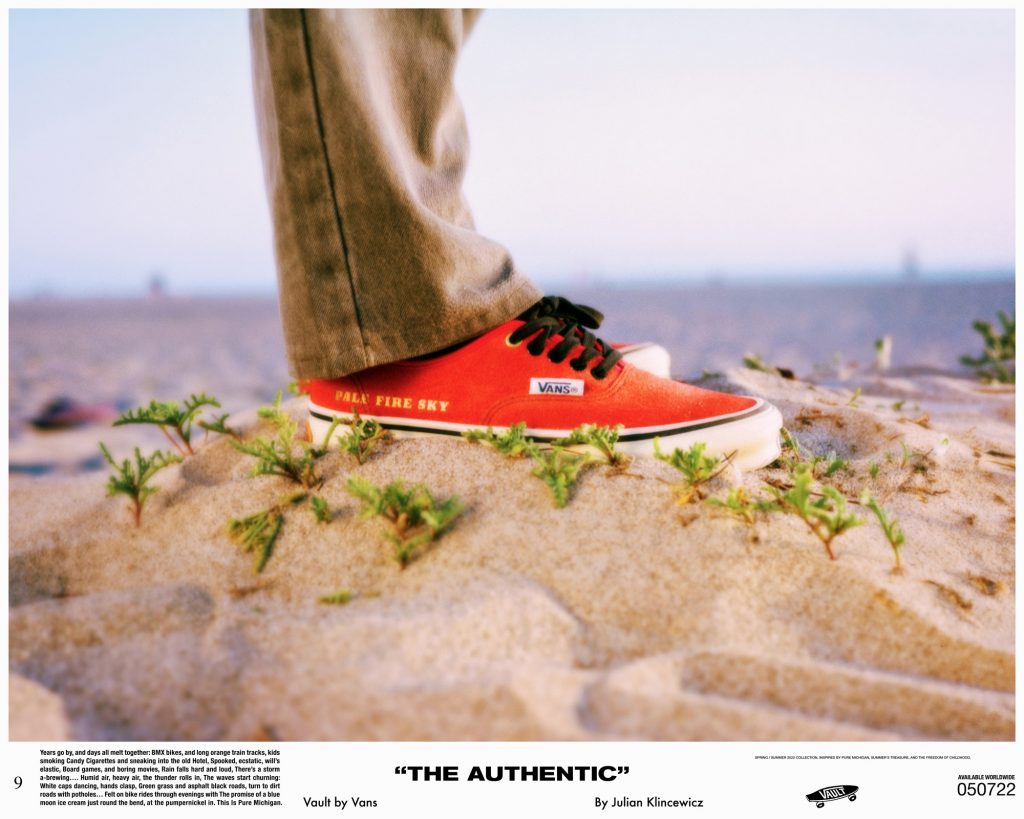 With a multi-dimensional approach, the collection takes direct inspiration from idyllic pieces of Klincewicz’s childhood world: Bike rides to the ice cream store, swimming in lake Michigan, playing hide-and-seek in the dune grass, or sitting around bonfires at night to watch the summer meteor showers…. Eating traditional Polish snacks in the mid-day heat, early evenings playing soccer in the grass compound… The collection is a celebration of the summer spirit – of t-shirts meant to be worn ten times over, a pair of soccer shorts for every occasion, of a single pair of shoes that starts new in May, and by September are beaten down with a summer’s worth of adventures. These adventures, and this spirit of childhood & community – are the central point of reference for the artist’s third collaboration with Vault by Vans. 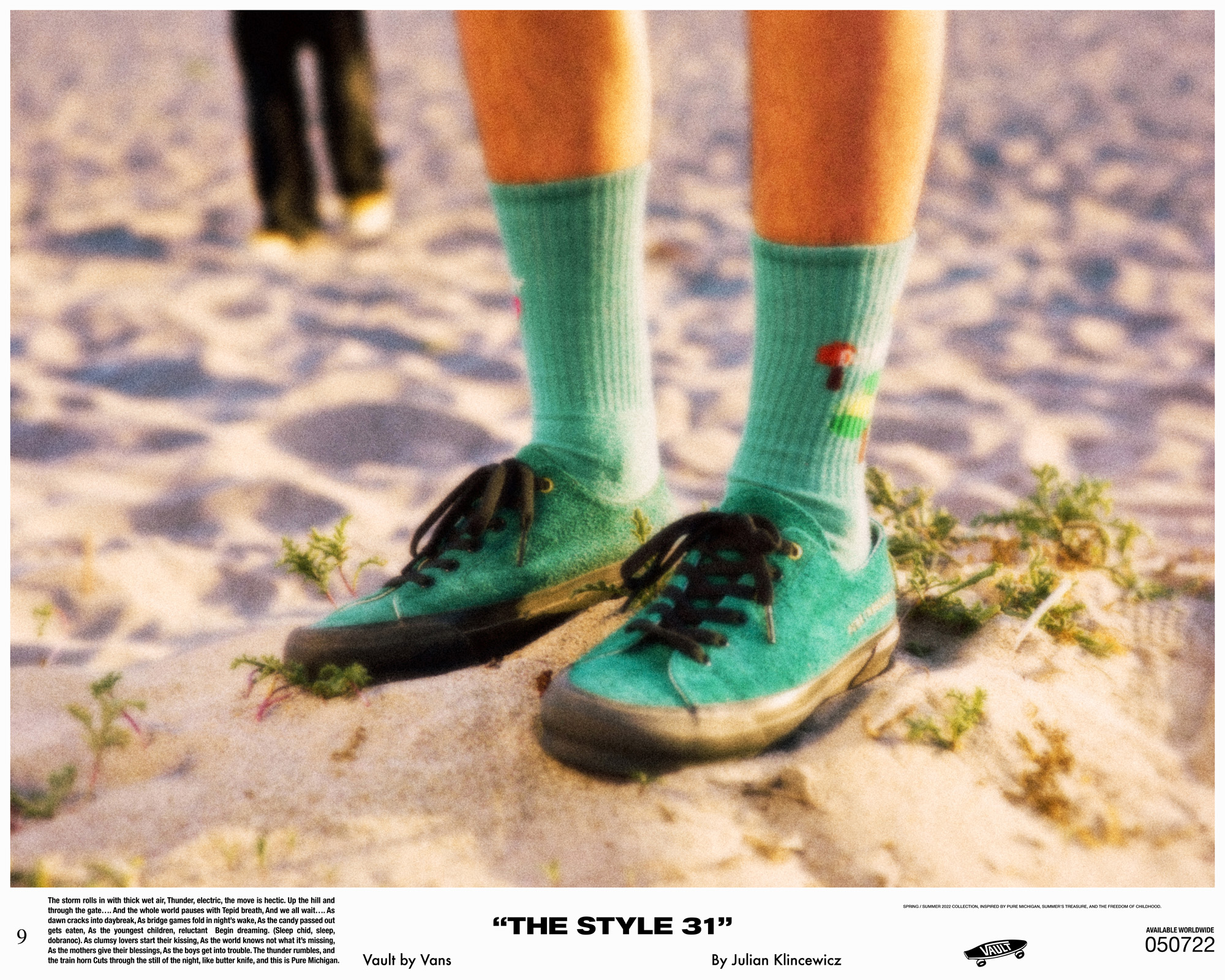 Each piece from the Vault by Vans x Julian Klincewicz footwear and apparel assortment was designed with intention and purpose. Julian tapped into his early career aspirations of becoming a shoe designer, summer experiences in Michigan, and the lifecycle of shoes worn throughout an entire summer to develop his designs.

He landed on two central themes that carry throughout the collection: “PURE IMAGINATION”, which represents his childlike optimism built on a world of imagination and “PALE FIRE SKY”, which represents the energy of the more angsty teenage years.

The silhouettes will be available from May 7th online via solebox.com, instore at all solebox locations and at MBCY.