Dutch artist Parra and Nike Sportswear are launching their next brand new collaborative capsule on July 21st after their last mutual work eight years ago. Piet Parra, the creative mind behind some of the most iconic Air Max 1 designs, is undoubtedly one of the most influential Nike collaborators of all time best known for his curved post-Pop imagery, highly saturated colouring. 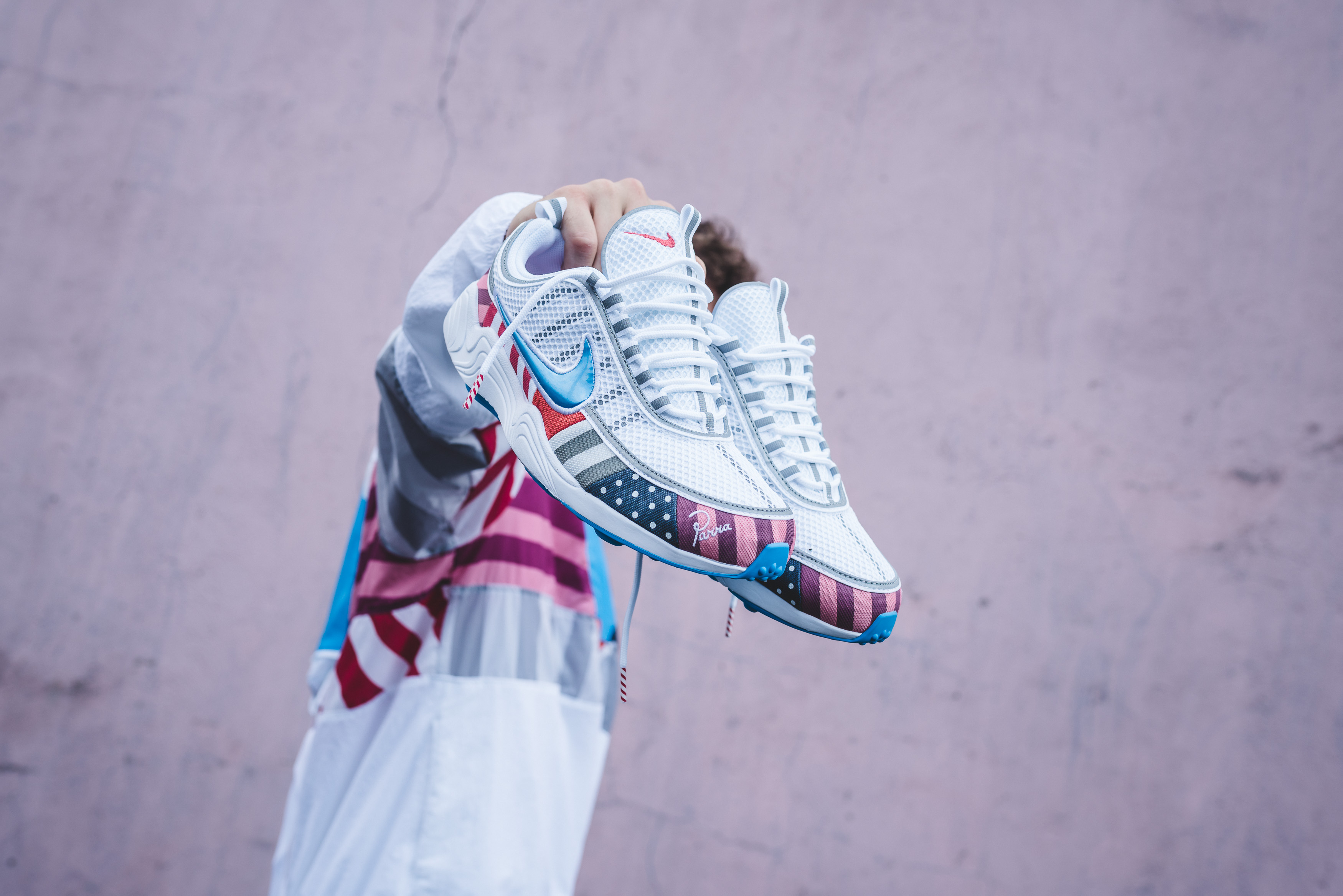 On July 21st, we can expect three drops from the artist – a reimagined Air Max 1, Zoom Spiridon, and a tracksuit – all fully covered in Parra’s multi-pattern design. The design stays true to the artist’s fun style, opting for a mix of stripes, polka dots, and graphics to create a patchwork-like upper.

A light blue Swoosh and striped lace tips seek for a vivid approach on the Air Max 1 alongside pink, blue, orange, and white accents across the upper and midsole – the bright colour scheme being unmistakably Parra. The eye-catching collaborative sneaker goes heavy on bold colors and mixed patterns on its mud guard, giving the ’90s runner a vibrant makeover. On the other-hand the midsole comes as a contrary crisp white base.

This current collaboration may be further defined as a revival and expansion of Parra’s and Nike’s first “City Packs“. Both city and countryside are represented as flat graphics, creating a pattern that is applied to both the Air Max 1 and the Zoom Spiridon. An embroidered Parra and Swoosh signature on the mudguard and Nike Air logo in the back complete both models.

The Air Zoom Spiridon (140 €) receives a similar design treatment like the AM1 (150€) with a more metallic blue colored swoosh branding. On top of that, a special tracksuit (220 €) with the new bright Parra pattern completes your matching fit.

The colorful and eclectic collection releases on July 21 2018 online at solebox and instore at solebox Berlin and solebox Vienna. 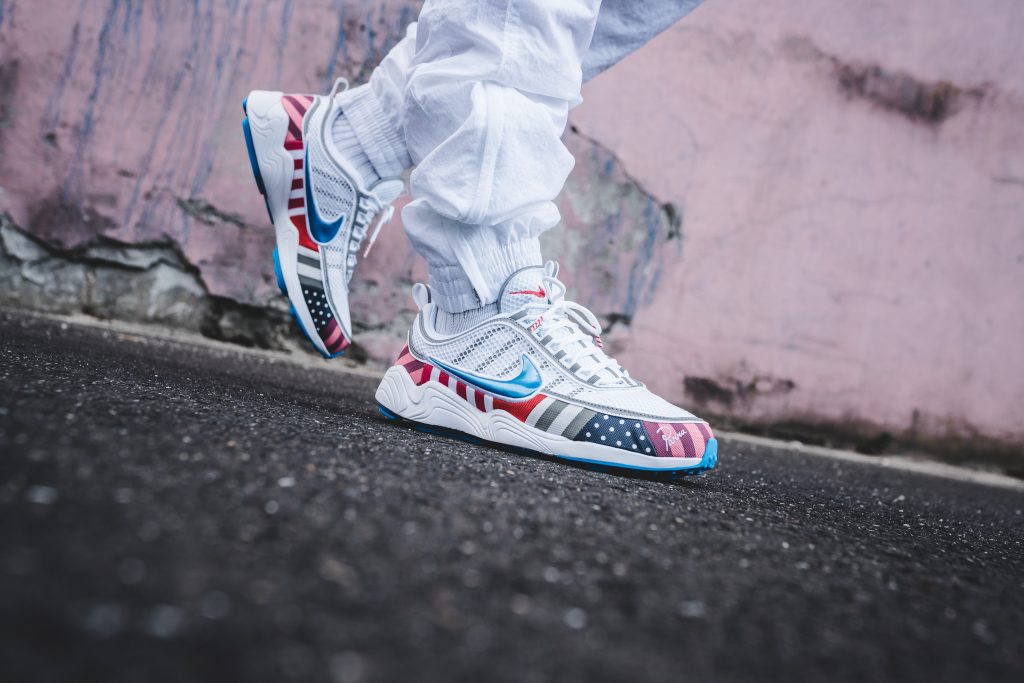 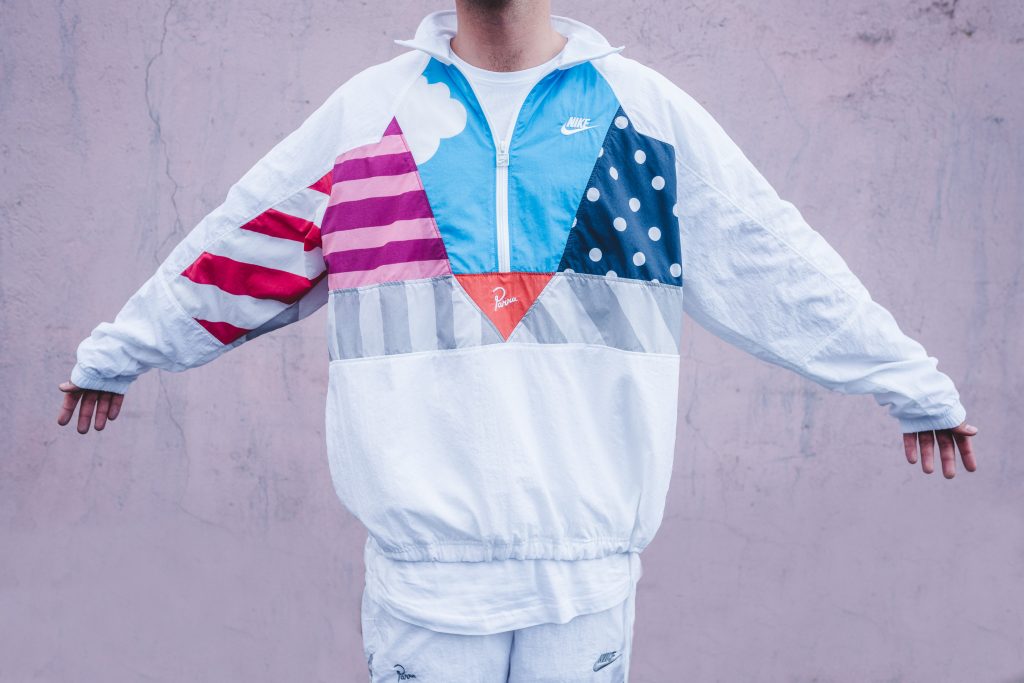 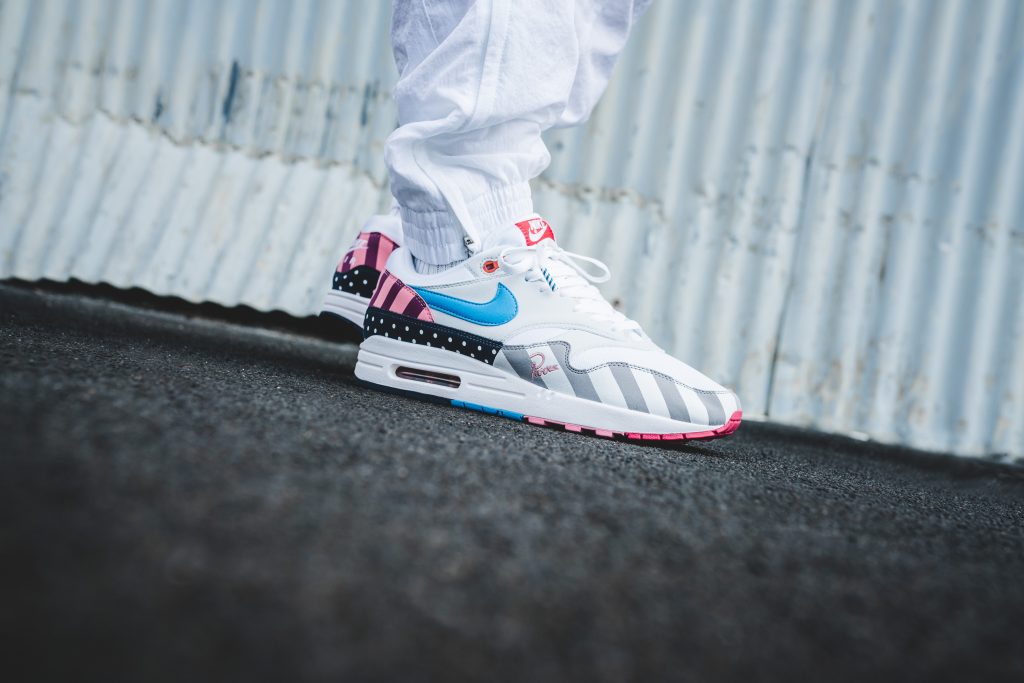 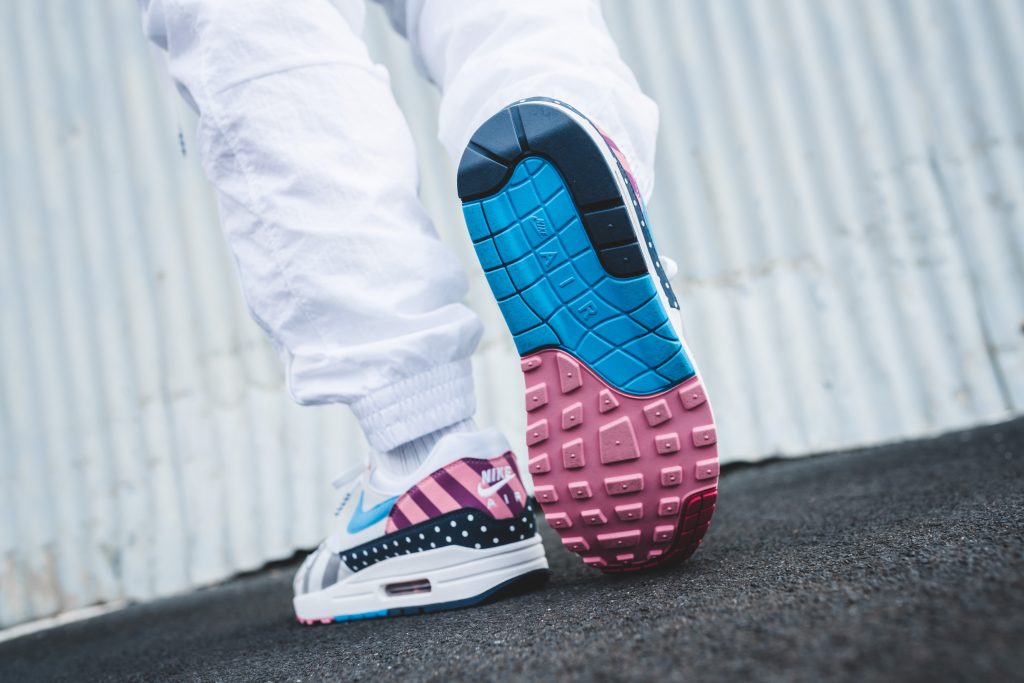 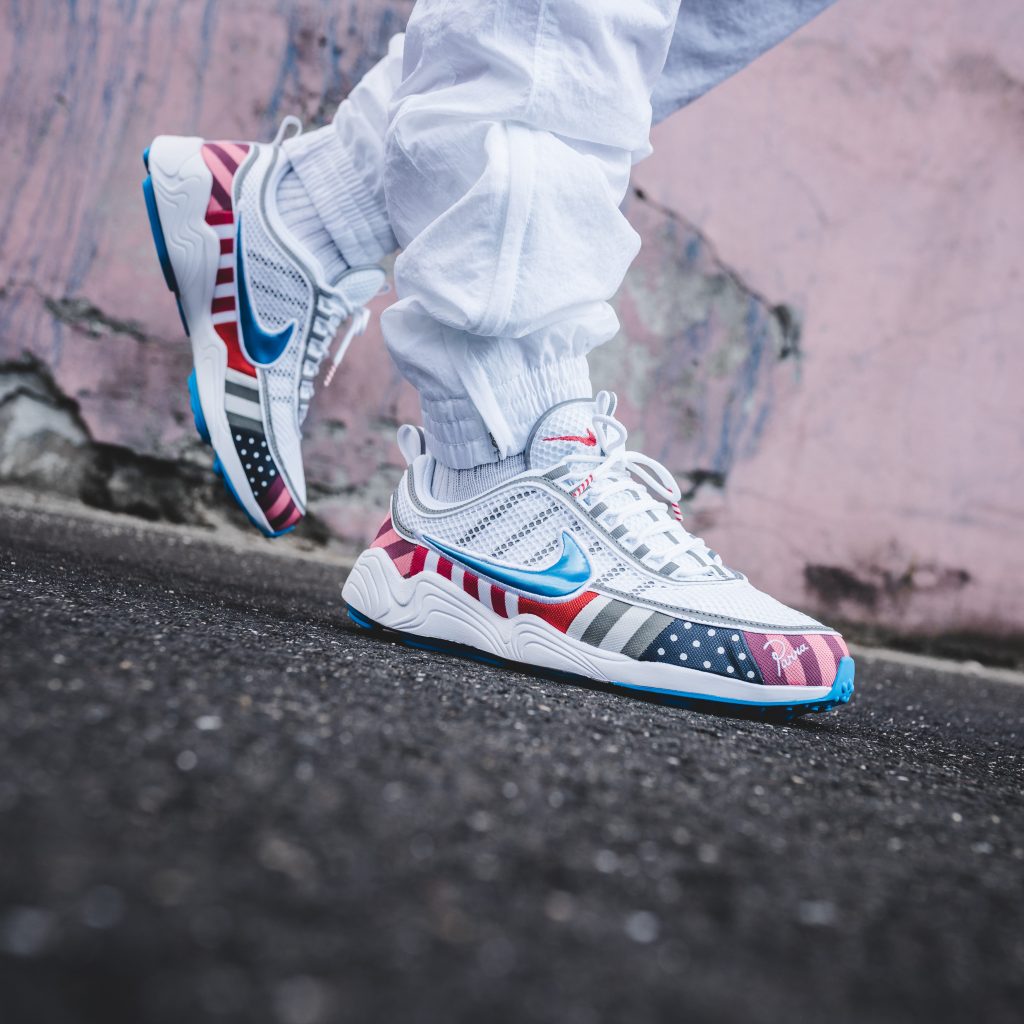 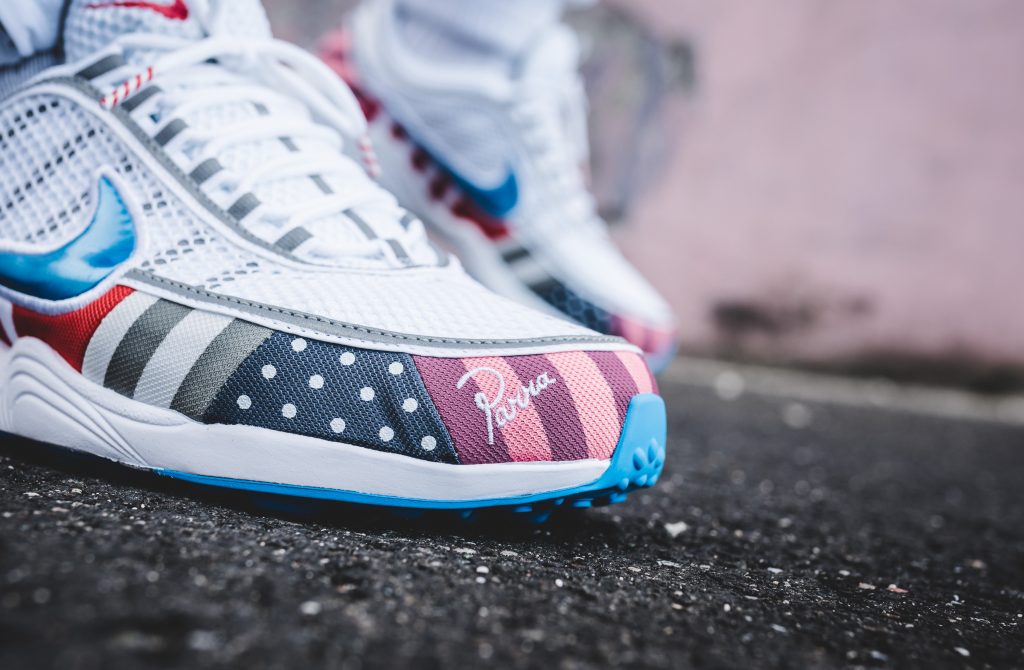 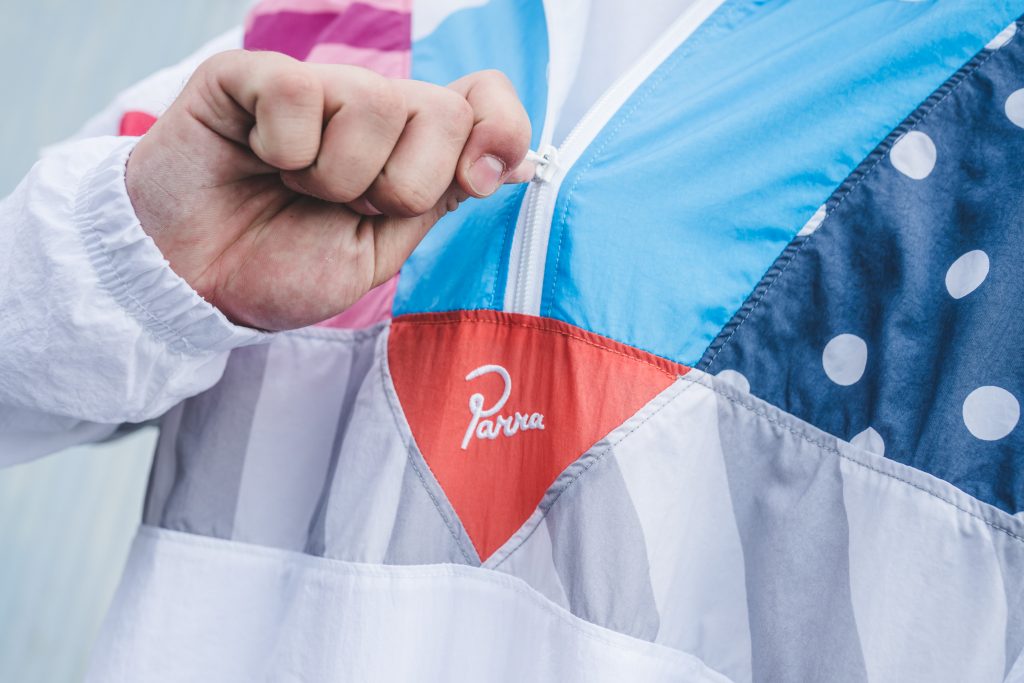 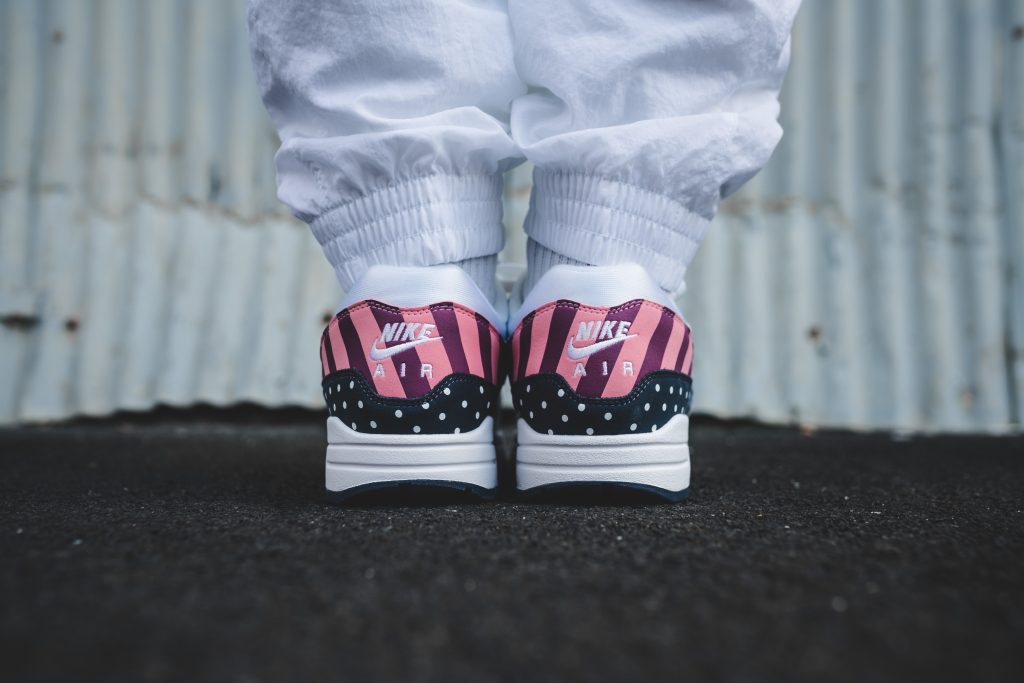 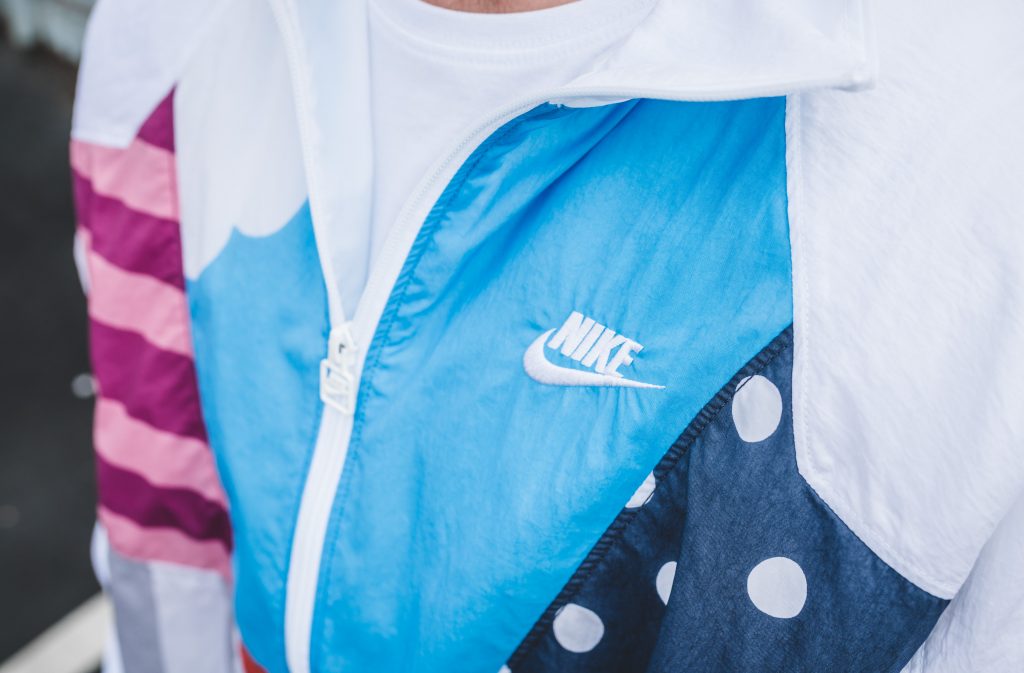